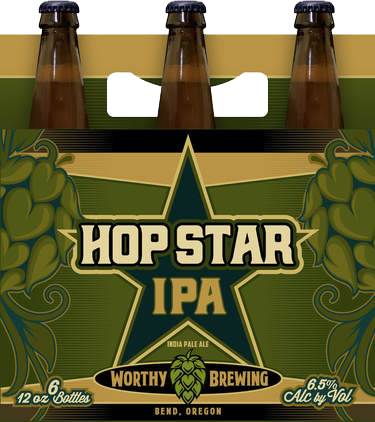 When Worthy opened it’s doors in 2013, we made a promise: we will bring new and exciting hop flavors to the pint glass. We won’t bring sand to the beach, we said.

The confidence in our mission was emboldened by our owner’s investment in the Aroma Hop Breeding Program at Oregon State University. Earlier, in 2009, Roger Worthington and Jim Solberg launched Indie Hops, which in turn created and funded the pioneering program in Corvallis.

It turns out breeding hops takes time — especially if you want those hops to have high disease resistance, reliable agronomics, robust yields, and unique and tasty flavors.

It’s been a slow ride, but we’re getting there. Over the past few years, we’ve been fortunate enough to pilot brew with experimental hops that have emerged from the breeding program. Some have passed the taste test and moved up the ladder for more testing, only to be scrapped later because the yields were irreparably low, or they were prone to unmitigable disease.

Without a doubt, hop breeding and selection favors the strong and the tasty.  It’s all or nothing. A winning commercially viable new hop has to score an A across the board.  At the same time, a lot of great aroma hops which did not make the agronomic cut were still taste worthy.

We want to bring the best tasting x-hops to you, whether they make the final cut or not.  Our delivery system? Worthy Hop Star IPA.  The star of the show, after all, is the hop, whether a stand-alone wonder, like Strata, or a blend of good-to-great hops that together build a gold medal beer.

Throughout the year we will pilot test brews using x-hops in combination with proven performers. We will also use hop blends with proven and up-and-coming “Unobtanium” hops in the pursuit of that amazing new and mouthwatering flavor. Our goal will be to source as many x-hops as available from the OSU-Indie Hops aroma breeding program.

Hop Star will show variations from batch to batch, but overall the brilliant hop flavors will shine through. We will rely on a number of workhorse hops to provide a citrusy flavor and aroma baseline.

We’ll share some of our secrets, and let you know the x-hops in your beer with a link on the packaging. We welcome your feedback, which we will happily share with our hopped up friends at OSU and Indie Hops.

Worthy Hop Star IPA will land in stores in fall 2018 as a 6-pack bottle. Draft versions will arrive this summer.

Hop Star will not bring sand to the beach. Each pint will contain a fresh new flavor, in addition to a whole lot of patience and testing. With a little luck, it may also launch a new star in the constellation of worthy beers.

We are doing our best to mitigate any safety concerns due to Covid-19. Our Eastside Pub will be open for socially distanced outdoor patio dining, and to-go orders. Click the button below for both location's menus as well as other quick links: